A battleship had been at sea, under severe weather conditions for days. The captain was on the bridge, standing watch with his team.

One night, the lookout on the bridge shouted, “Captain! A light, bearing on the starboard bow.”

“Is it stationary or moving astern?” the Captain asked.

The lookout replied that it was stationary. This meant the battleship was on a dangerous collision course with the other ship. The Captain immediately ordered his signalman to signal to the ship: “We are on a collision course. I advise you to change course 20 degrees east.”

Back came a quick response: “Change your course 20 degrees west.”

Irritated by the response, the Captain asked his signalman to message again: “I am the Captain, change course 20 degrees east.”

The Captain was furious and shouted to the signalman to send a third message: “I am the Captain of the USS Enterprise, the most powerful ship in the world. I command you to change course 20 degrees east right now!

“Captain, I am second class seaman Wilson, on duty in the lighthouse, sir.”

The Captain, and the USS Enterprise, changed course.

A title, position, or uniform lead some to believe that they are superior and therefore possess unquestionable authority.

True leadership is more than a title, a position, or a uniform.

Second-class seaman Wilson was doing more than just his duty. He could have let the battleship crash into the cliffs, after all, he had been technically “overruled” by someone with far more appointed authority. Wilson drew strength from his moral conscience, and knew he could not live with himself if he did not act on it.

While most of us are not at sea, we do stand watch, every day in our personal lighthouse. How are you exercising your moral conscience as battleships move dangerously close to shore?

Enjoy your June news2use use.

“Relevant & pragmatic ideas, tools and insights to play at your best.” 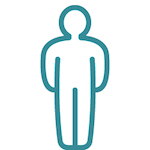 Beyond the Squeaky Wheel

The squeaky wheel gets the grease. This proverb conveys the idea that the most noticeable (or loudest) problems are the most likely to get one’s attention. Yet the squeak in the wheel might not be where the real opportunities lie.

There are three fields of opportunity for squeaky wheel situations:

1) The first opportunity, and most common, is classic problem solving. This means simply bringing things back into the same order as before. When people are rewarded for fixing things, the problem disappears (at least for a while) and the status quo remains intact.

2) The second field of opportunity is improving the situation, that is fixing what was broken, and making it in some way better than before.

3) Breakthrough results come through addressing the issues beyond the squeaky wheel. This describes the third field of opportunity. This third field is where expansion, growth and value generation come through a bigger picture perspective and more than a grease can.

The next time you hear the wheel squeak, ask yourself, “What’s the larger issue at stake?” Being able to push the pause button and reflect on the larger issue will enable you to uncover more potential value for your business. 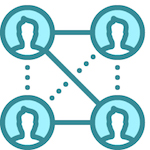 For You & Your Team

If you would like to see more of the above in your team, be the first to introduce a “But Bucket” at your team meetings.

A “But Bucket” is a learning anchor, used during meetings to help people see how frequently, yet often unconsciously, they used the word “but” during business conversations. Set the “but bucket” in the middle of the table. Get an agreement from everyone that they will pay €1 or $1 or whatever the local currency is, when they use the word “but”.  Nobody will go broke from the exercise and you can put the money in the coffee fund or donate to a local charity. What you will see is how often people use “but” and do not even know it.

Why pay when you use but, you might ask.

But is a derailleur, a distractor and sometimes downright disrespectful.

“I really like your idea, but I don’t think you will be able to make it a commercial success.”

“We need more strategic clarity, but we just don’t have the time to slow down and work it out.”

Starting a sentence and then dropping but into it means I do not really like or believe your idea and I will use but to gently disagree. But is an obstacle to creative thinking and productive collaboration, not to mention hindering trust.

What is a useful alternative? Use “and” instead of “but” or think through what you really want to say before you say it.

Let me know how your “But Bucket” worked at your team meeting. Send me a photo with your team and your “But Bucket”, and I’ll send a copy of my new book “Executive Ownershift”, Creating Highly Effective Leadership Teams” to the first five teams that respond. One book per team. No buts about it. 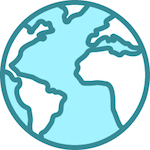 For You, Your Team & Your Business

“Mirror, mirror, on the wall, who is the fairest, of them all?” asks the Queen, in the Snow White Fairy tale. Time and time again, the magic mirror replies, “My Queen, you are the fairest of them all.”

Are people around you like the magic mirror? Do people around your team flatter you and tell you what you want to hear? The real question is, how do stakeholders describe your leadership team when you are not around?

Why does this matter?

Understanding how others experience you, individually and collectively, is vital for leaders and leadership teams. It does not mean that one should automatically change to everyone else’s feedback, yet it is a good indication of how your words, and more importantly, your actions, influence others.

If you are interested to learn how others really experience your team, and not through Snow White’s magic mirror, please feel free to contact me.

If Covid 19 has taught me anything, it is a stark reminder of the advantages highly effective leadership teams bring to overcoming what appear to be insurmountable challenges. Time and time again, we see that the heroic solo leader of the past is not adequate for the complexity of today’s wicked problems.

To help your leadership team play at its best, order my recent book “Executive Ownershift, Creating Highly Effective Leadership Teams” today. If you would like a copy for your entire leadership team or all the leaders in your organization, contact me for volume purchase incentives.

Thought for the Day


“Do something today that your future self will thank you for.”